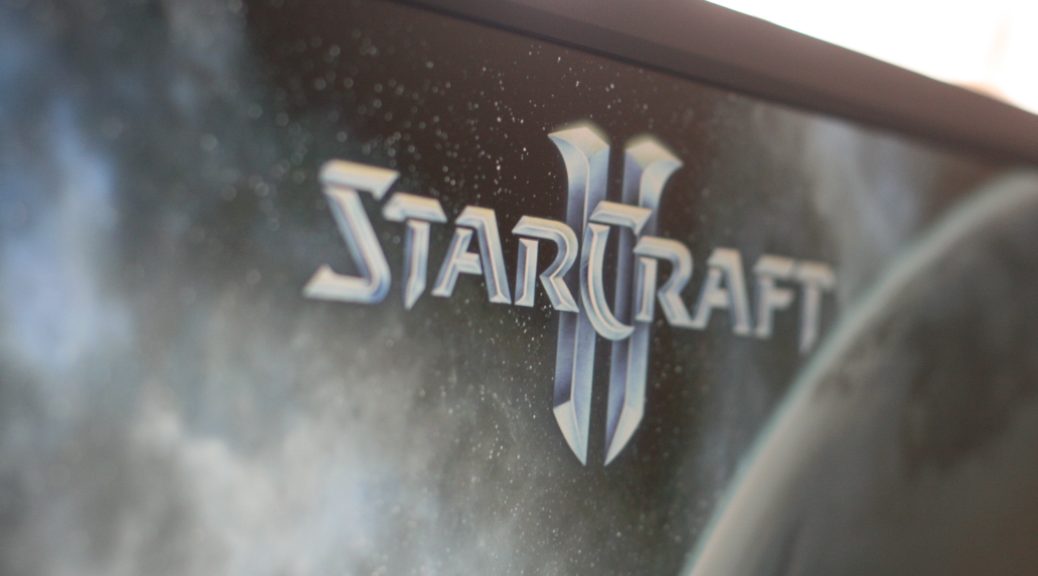 Playing video games and running a business is probably the last thing that comes to mind to most MBAs. One cannot possibly understand how a game, created for entertainment purposes, can potentially be helpful in managing a business. In reality though, there are a lot of similarities between a game of Starcraft and running a business. And when the capitalist competition is fierce, finding inspiration in the odd places can make the big difference sometimes!

A little bit of intro about Starcraft for those who have never played it. Starcraft is a futuristic Real Time Strategy game. There’s robots, aliens, weird aliens and space ships. When the game begins, you, as in the player, has a bird’s-eye view of the entire map, which is the battlefield. You start with a home base and a few workers. The enemy starts with the exact same set up, but on the other side of the map. The point of the game is to build an army and battle the enemy until you destroy all their units and buildings. As a player, you control all the units and and production of the game, so multitasking is key.

The game has an internal economy. Every unit or building built needs one or both of the resources available on the map. These resources are called minerals and gas. There’s a third type of resource – supply. This is really the equivalent of housing or number of desks and chairs you have in our office for employees to use. I’ll come back to this later.

So we start with a home base, a few workers, and the point of the game is to collect resources, build units and buildings, upgrade the units, make sure there’s enough supply buildings for each unit. Once you build the first solider units, you send them scouting and they can engage in fight with the enemy. In a nutshell, that’s what the game is about.

So how is this similar to running a business?

The first thing that a Starcraft player realizes is that they have to be awesome at multitasking and switching context. When you start a business, you have to switch from hiring people to raising capital to doing sales to doing marketing. In the game you have to constantly switch between harvesting minerals and gas, building buildings, producing units and scouting the map. In Starcraft you end up going through what I call a “multitasking loop” where you do something like this:

In the business world this loop usually happens once a month or once every 3 months, usually during month-ends or quarter ends.

In every game of Starcraft you have to do both micro and macro managing at some point or another in the game. Especially in battles. Depending on the battle, sometimes you have to just let the units do their thing, while only telling them the general direction they have to fight; other times you have individually pick units  and move them around during the battle to maximize your success. Both methods have pros and cons. Micro-managing every unit will result in better odds of winning, but it’s not sustainable. In other words, there’s only so much one can micro-manage, and if the competition doesn’t do that, then they will have clear advantage.

Some goes in business. For every project your business executes, you, or your managers, can either micro manage or not the employees. In reality there’s a combination of both. And it’s a great skill to know when to micro manage and when when to just let it flow. A great example of micro-managing would be very close to a deadline when it’s important that certain things get done at a certain time, or when doing something for a super important client or project and you have to make sure the work is beyond flawless.

But you have to be careful because, just like in the game, micro-managing comes with a price. Overworked or unhappy employees and lack of focus from the big picture. In the game, if you micro-manage a battle, you might end up having your home-base invaded without even realizing.

In general, I think 90% of the time should be spent macro managing and 10% micro managing, usually around key milestones.

Every business manager knows the importance of resources. Resources come in different shapes: money, acquisitions, talent, IPs. In Starcraft, besides minerals and gas, you also have the terrain that’s around you and the technology tree (a way to upgrade your units). In a business, you’d send some of your selected staff to training, maybe to complete a masters degree. They will have more knowledge and then contribute as a higher resource to the company.

Money (or rather cashflow) which is the biggest resource of them all can come from multiple sources. In business it’s called revenue streams. In Stracraft is called “expanding your base”. It is important from early on in both cases to expand and to make sure you have at least 2 different revenue streams at all times. Also, just like in the game, it’s not a good idea to sit on big piles of cash – you should always invest anything extra into making the product better and creating even more revenue streams.

A more gruesome way to think of resource management is what happens after a battle. In the game, sometimes you carry a battle and you end up loosing 80% of your units. You quickly go back to your base and notice that some of your remaining units are wounded or broken. So you spend resources to fix or heal them. The exact same thing in business – maybe you’re having a rough period and you’re down to the core staff – you need to spend resources to make sure they don’t end up leaving. Or you can just let them go to cut your losses.

4. Scouting out the Competition

Sometimes keeping an eye out on the competition is just as important as it is on your own business. When running a business you have to understand that the competition is most likely doing or thinking exactly the same things as you are. One of the most important things in Starcraft is sending out scouts all over the map to check out what your opponent is doing. Otherwise you will end up with an entire battalion in front of your base and you won’t have time to react.

The competition in some instances is so drastic that big companies such as Apple and Microsoft make engineers sign disclaimers that they won’t leave to work for the other company.

Another method for scouting in the business world is to have your company set up in a city where a major university is present. For example, RIM (the producer of Blackberry) had their headquarters in Waterloo, Ontario, a place where the local university is a world famous math and science university. Elon Musk’s decision to set the headquarter’s of SpaceX in Southern California was because of the high ratio of aerospace engineers per capita.

So just how in Starcraft the player continuously scouts the enemy and new resources, in business you have to constantly look for fresh talent and keep an eye on what the competition is doing.

Just like in real life, things change. Things don’t work out the way you expect them to do. So you must adapt to fit the new scenario. This is the most important thing I have learned from Starcraft when it comes to business. You start out with a plan, kind of a step-by-step plan on how to do. And then, without question, about 30% into your plan, something happens and you must adapt, thus discarding the old plan and creating or adapting a new one.

The most important thing to keep in mind when a plan changes is not to neglect the 2 most important thing: the resources (the cashflow) and whatever units you have left (the existing employees). In the game, a secondary base might all of the sudden become your primary base, especially once the minerals have depleted from the initial one. Same in business: a secondary or unexpected revenue stream might become your main one, depending on the market, demand and things you cannot control (such as how technology changes around you).

As a good leader you have be able to adapt and pivot to make sure you always maximize all the revenue streams given the current resources, or else you will fail fast. Too many resources are also a problem, although a better one. If, let’s say, you end up getting a huge round of investment and you don’t plan accordingly and hire the right people to help you grow slowly, you will not only crash and burn, but you will also waste the investment.

Cashflow, especially the passive kind, is the most important thing to nurture in a business. Maybe one day it will be your business lifeline. And it’s ok if the cashflow is not 100% in line with your primary business, as long as it’s there and you take care of it. And this brings me to the next point:

Decisions are another important aspect of playing Starcraft that relates to business. In the game, just like in a business, you have to constantly make decisions. Big decisions, small decisions, good decisions and bad decisions. It’s a way of life. The problem comes when you hesitate or don’t make any decisions at all, that’s when you’re in trouble.

In the game, around the 2-3 minute mark you have to decide if you should expand or not. Sometimes one decision is better than another, but you don’t know that. However, both decisions (to expand or not expand) are better than no decision at all. No decision means you send 3 “workers” to the expansion area and keep thinking about weather you should expand or not for another minute. In that minute you lost the power of those workers to generate minerals or gas, and the opponent has already made a decision and now they’re ahead of you.

In a business making wrong decisions is much better than making no decisions at all. Because making a wrong decisions will teach you a lesson, and in the future you will make better and better decisions, but making none at all will keep you in the same place. And speaking of experience…

Experience in both the game and business will make you better. In Starcraft experience means playing many games, in real life it might mean running an entire business your whole life, or starting multiple business along the way. But I believe that even if you run the same business for many years, the sub-projects are still mini-businesses on their own and all the benefits of running through complete lifestyles will come in handy.

Starcraft is just a game to many people, and in reality it is made for entertainment purposes. The fact that it trains your brain to act quickly, multitask and set a greater strategy are just side-effects of its original intention. However, with a world that saturated in some areas it’s great to find inspiration in things your competition might overlook.