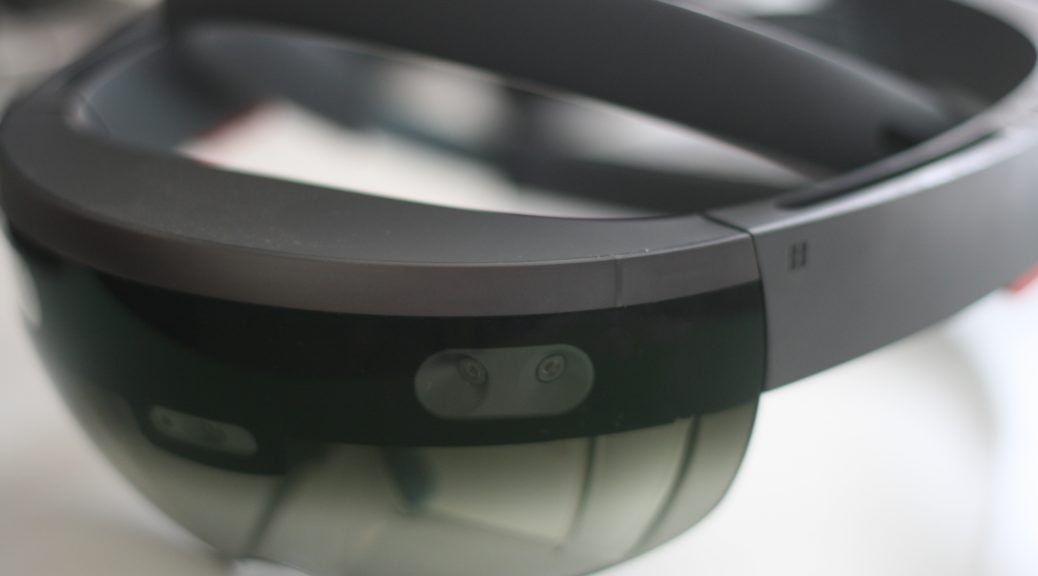 So I took the plunge and purchased my Hololens dev kit back in June. I started playing with it and immediately saw the following facts:

So it sucks, right?

Augmented Reality is not new. Fighter jets pilots have used it for decades. But the problem has always been the cost. Building AR for the military costs a lot of money and there was no hardware to support consumer-level AR.

Nowadays, we all have a quad-core CPUs in our pocket with a pretty fancy graphics card, so the technology advanced rather quickly. This has lead a few companies to start a race for conquering Virtual and Augmented Reality.

Hololens’s shortcomings mentioned above are rather just missing features due to iteration. In other words, the field of view will get bigger, the price will drop, the sensors will be better so that you can wear it in very bright rooms and very dark ones as well.

So what can you do with it? Here are a few things that someone can do with an Augmented Reality device, such as Hololens:

Add Stuff to Your World

I can create a hologram, and place it in front of me. How cool is that? I can look at it, I can walk around it (remember, I am not wired in to anything). I can get closer and further from it. The software will recognize walls and objects so it will “hide” behind corners – this one bit will give you a true feeling that whatever object you added is really there.

What about in the future?

So now you can add 3D objects exported from programs such as Blender or 3D Studio Max. But what about live objects? Can I see my mom which is 7,000 miles away as a hologram in front of me so we can chat? To do this right now, my mom would have to be in a special studio, surrounded by green screens so that she gets filmed from all angles and then turned into a hologram and then broadcasted into my field of view. This is not really possible in a practical way right now, but I am sure this will change in the next few years.

It’s nice to add things in your field of view, but it’s even nicer to add it behind stuff. One of the coolest examples is the Robot Raid game and the Origami Demo.

Hololens basically maps out your surfaces (such as walls or floors), an explosion occurs, and then a mask is added on your floor to make it look like there’s a hole and you can see through the hole in another world.

Another really brilliant aspect of the Hololens experience is that the holograms which you add to your world can interact with your environment. So if you place a holographic ball on your coffee table and make it drop down, it will bounce off the floor and roll, just like a real one would.

This opens endless possibilities of interacting with your environment. This could have real world applications from coaching to games!

This is where the headset really shines. It is really good and really fast at knowing exactly where you are in the room.

I was blown away by it’s responsiveness and accuracy while doing the Spacial Awareness tutorials. Above is a short clip of me, moving around in my living room. Notice how you can also see the direct in which I am looking.

Another cool feature is the live camera, and this can be demoed directly out of the box. Hololens comes with Skype, and when you connect with someone, the other person can actually see what you see through your Hololens.

And check this out: not only they can see what you see, but they can add stuff to your world – such as holograms, arrows, stuff.

This is great example on how Hololens type of technology can be used for field workers, remote workers, medical, etc.

And for the last cool feature: how can you have nice hologram experiences if you don’t share them with your friends?

A really cool feature of the entire ecosystem is having multiple people, each sharing their own Hololens in the same room and interact with the same holograms in the scene.

Hololens and all the Augmented Reality glasses might be a few years away from a consumer product, but the potential is beyond huge.

We could be using this not only for entertainment purposes, but to solve real human issues, provide security (just imagine combining hololens with drones), and automate many manual processes.

I feel like we are living at the edge of a huge technological breakthrough, and that’s very exciting!

Have you used a Hololens yet? How do you feel about it?