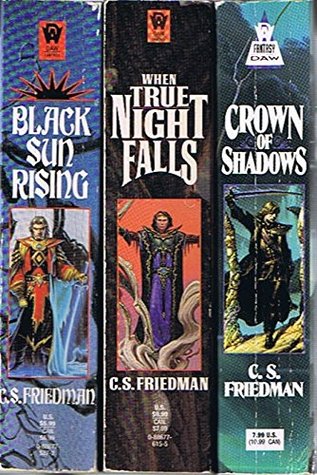 The Cold Fire Trilogy is an epic Fantasy / Sci-Fi saga based on the fictional world of Erna. In this distant world, an unlikely group sets foot to combat the world’s most evil. The narration is most awesome and the character build is superb. This page turner will keep you hooked until the end, until the final battle. One of the best Fantasy / Sci-Fi books; extremely underrated.

There is no such thing as redemption, my friend. There is right, there is wrong, and there are a million shades of color between the two. Once you’ve done wrong, it is always with you. You just have to try and be better.

In your journey you will find the most unlikely allies and the most unexpected foes. Careful who you open up to, they might turn from ally to enemy.